PIRACY ON THE DECLINE AS NIMASA SEEKS COLLABORATION FOR SUSTAINABILITY 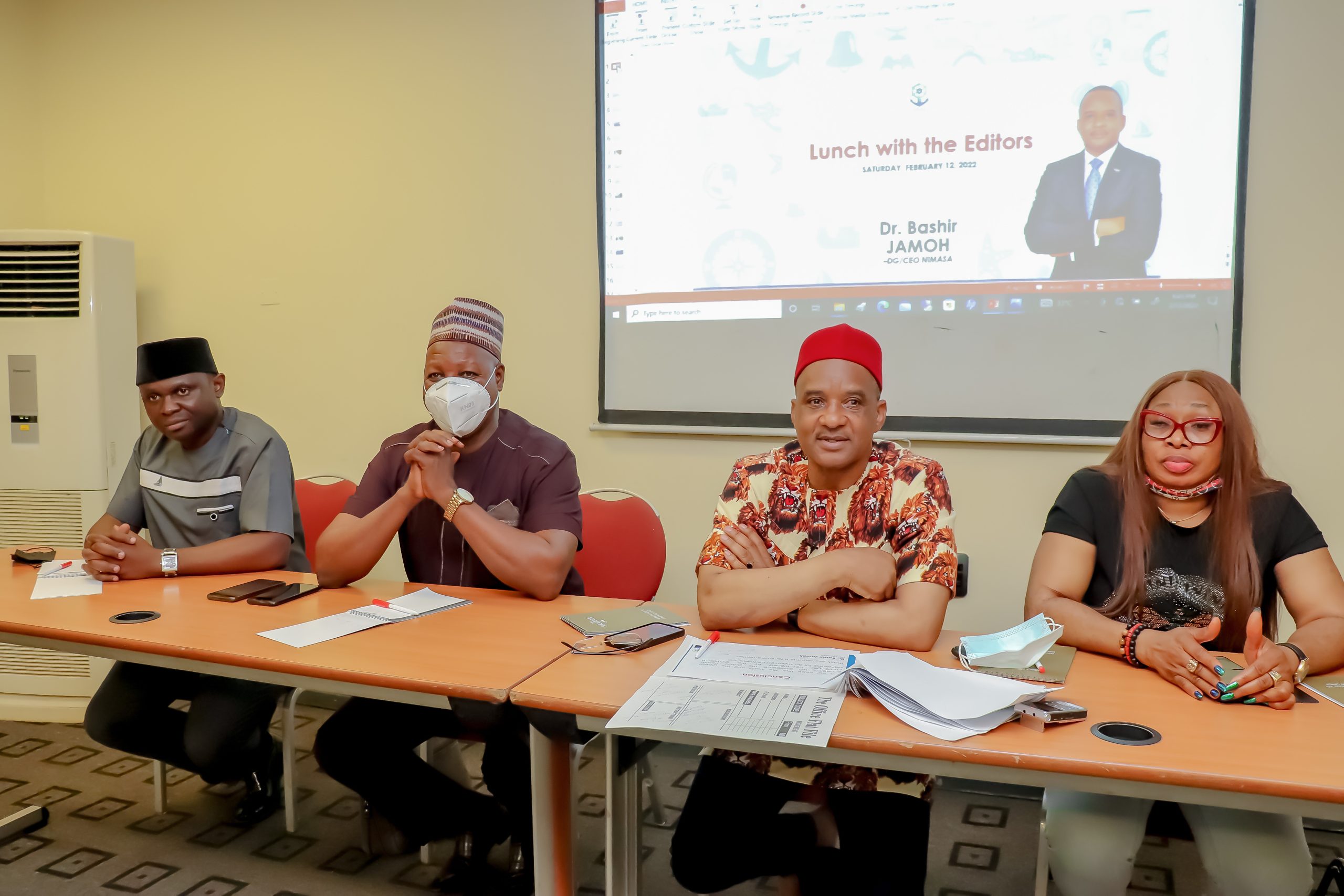 Director General of the Nigerian Maritime Administration and Safety Agency Dr. Bashir Jamoh says the Agency is committed to continuously collaborate with all stakeholders to ensure that Nigeria attains the status of not only the hub of maritime activities in the West and Central Africa region but also a major maritime player globally. Dr. Jamoh who reiterated this in Lagos during an interactive session with media stakeholders over the weekend noted the steady progress in terms of maritime security safety and growing capacity for the industry.

The NIMASA DG said that the statistics released by the International Maritime Bureau, IMB, showing piracy incidents in the Gulf of Guinea dropping from 81 in year 2020 to 34 in 2021 representing 58.02% was not by accident, but a product of conscious collaborative efforts by the Agency, the Nigerian Navy and other stakeholders in the region. He also noted that the IMB report also shows a 62% decrease in the number of crew kidnapping incidents in the Gulf of Guinea which reduced from 150 in 2020 to 57 in 2021.

Commenting on statutory levies stakeholders pay the Federal Government through the Agency, Jamoh reaffirmed that NIMASA levies are in accordance with the provisions of the Act which set up the Agency.

“The NIMASA Act 2007 which is our guiding principle only states that our charges must be a component of the gross freight and must be paid by shipowners not in terms of product to marketers or any other entity” the DG said.

Speaking further, the NIMASA Chief Executive said that all the payments either in hard currency or naira, are made into the Treasury Single Account of the Federal Government adding that in the long run it was for the benefit of all Nigerians that the country does not further lose any source of her revenue through underpayment in statutory charges or levies.

Commenting on the recent explosion which occurred on Trinity Spirit Floating Production Storage and Offloading (FPSO), the NIMASA DG described the incident as unfortunate. He said the NIMASA team is working with other relevant organs of Government to establish the immediate and remote causes of the fire explosion.

(IOPC)funds for compensation of all the losses within and around the facility. He said that the public will be informed of every detail concerning the incident as the situation unfolds.

The DG then used the opportunity to reel out some of the achievements of the Agency in the year 2021 including improved contribution to the Consolidated Revenue Fund (CRF) of the Federal Government, from 31 billion in 2020 to about 37 billion in year 2021, increase of 43.6% in condition survey for Flag Registration by the Agency in year 2021 as against the performance in year 2020; reactivation of the online certificate verification platform to reduce falsification of Nigerian Seafarers Certificate and enhance the employment of Nigerian Seafarers; improved strategic collaboration with the Nigerian Navy, Nigerian Airforce, the Nigerian Police, Nigerian Army and the office of the National Securiry Adviser a move, Jamoh noted has helped to reduce piracy attacks off the coast of the Gulf of Guinea, as there were no single attack on Nigerian waters in the 3rd quarter of 2021, as reported by the International Maritime Bureau.