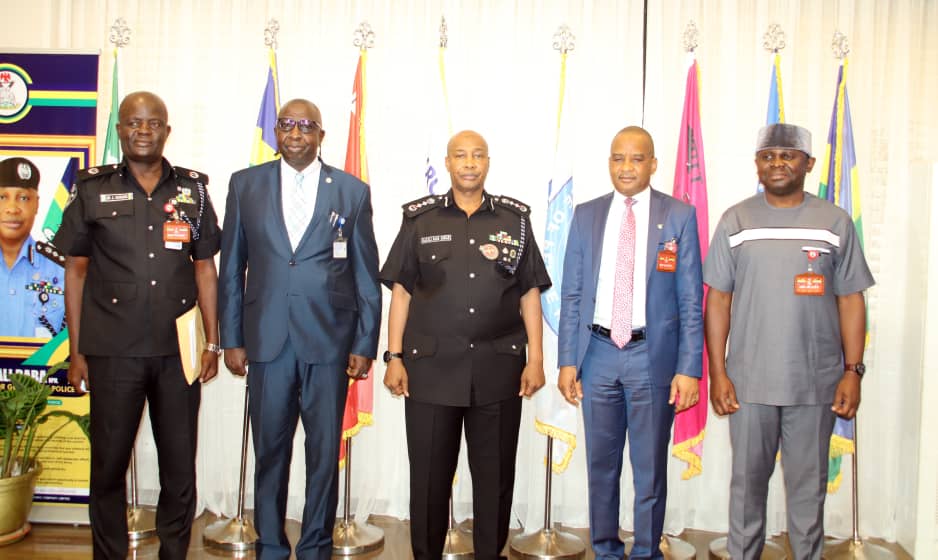 Director-General of Nigerian Maritime Administration and Safety Agency (NIMASA), Dr. Bashir Jamoh has assured the Inspector General of Police, Usman Alkali Baba of support and strengthened partnership in the fight against maritime crime.

Jamoh at a meeting with the police IG in Abuja promised to extend the ongoing collaboration NIMASA is having with other security agencies under the deep blue project to the marine unit of the police in areas of capacity building and provision of patrol support.

“NIMASA is seeking close integration and collaboration of the Nigerian Marine Police into our recently launched waterways security architecture, Deep Blue Project, to achieve an all-encompassing outcome stretching from the blue waters where we already have the Nigerian Navy’s presence to the brown waters near the anchorage areas where the Nigerian Police statutorily have a role to stem the tide of insecurity and checkmate criminal activities against berthing ships and seafarers,” Jamoh emphasized.

While urging that all parties maximize the use of technology in monitoring the waters, Dr. Jamoh commended the ongoing integration of NIMASA’s Command, Control Computer Communication and Information System (C4i) located at the NIMASA Resource Center in Kirikiri with the Falcon Eye of Nigerian Navy and Nigeria Police’s i247 for easy coordination and intelligence sharing.

He described the Nigeria Police as a strategic partner whose operation and support are essential for sustaining and improving on the gains already recorded in the anti-piracy drive and safety of small crafts.

Jamoh added that the police are critical in helping to prosecute suspects arrested under the Suppression of Piracy and Other Maritime Offences (SPOMO) law.
The IGP commended NIMASA’s efforts under its present management and reiterated the resolve of the force to fight crimes all over the country, including in the territorial waters.

He described the Marine Police as a very important arm of the force considering the strategic importance of the waters to the economic and social well-being of the country.

The meeting had in attendance other senior police officers including Assistant Inspector General of Police (AIG) Garba Umar, who is Head of National Central Bureau of Interpol in Nigeria and was recently elected Vice President of Interpol for Africa.