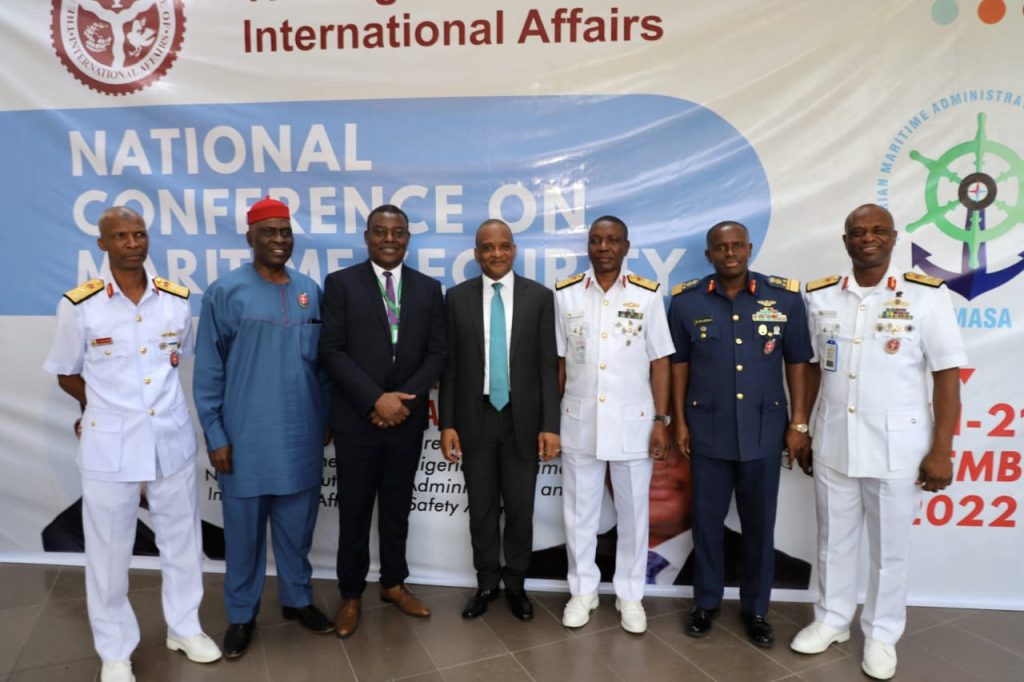 The Director General of the Nigerian Maritime Administration and Safety Agency NIMASA, Dr Bashir Jamoh OFR says the Nigerian Institute of International Affairs, NIIA has a critical role to play for Nigeria to fully harness the potentials of the Blue Economy
The NIMASA DG stated this while delivering a paper titled ‘Opportunities and Challenges in Harnessing the Blue Economy at a seminar organized by the NIIA with the theme ‘Safety, Security and Development in Nigeria’s Maritime Domain: Problems, Strategies and Prospects.
Jamoh noted that collaboration amongst all organs of Government in Nigeria and the organized private sector will accelerate harnessing the Blue Economy in Nigeria citing the successes of the Deep Blue Project which is hinged on collaboration.
In his words
“Our task at NIMASA is to explore how Nigeria can maximize the benefits derivable from our Blue Economy. 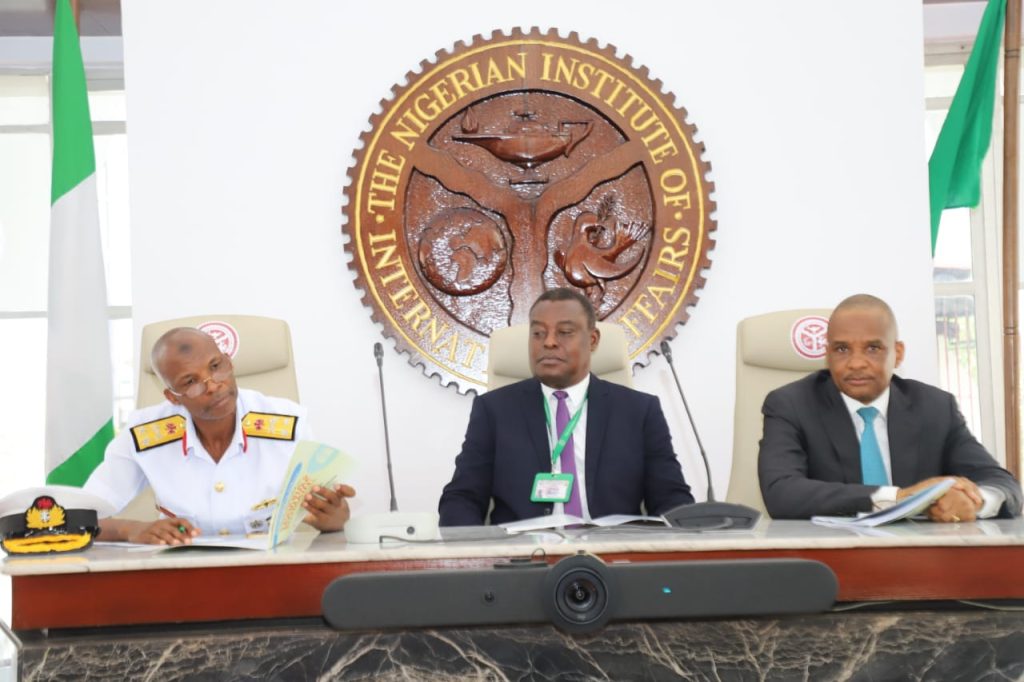 This concept of Blue Economy which gained prominence some few years ago requires local, regional and international collaboration to manage critical factors. The Nigerian Institute of International Affairs should play a role in advising government on policies which would facilitate the realization of the Blue Economy”. Just as in maritime security, the Deep Blue Project has shown that through co-operation and collaboration, great results can be achieved reason why I appreciate the participation of the Economic and Financial Crimes Commission (EFCC) and the Nigeria Customs Service as well as the Nigerian Navy”.
On his part, the Director-General of the NIIA Prof. Eghosa Osaghae, while acknowledging the progress made in securing the Nigerian Maritime domain and the Gulf of Guinea, highlighted the importance of the Blue Economy globally while calling for sustainable use of ocean resources to be considered when shaping government policies.
In his words, “When considered in economic terms, the global Blue Economy would be the seventh largest in the world which highlights its importance. As such, sustainable use of the Blue Economy for economic growth should be at the core of any policy formulation by government’
The Nigeria Institute of International Affairs (NIIA) is Africa’s Foremost Foreign Policy Think Tank with the goal of assisting governments and societies in creating a world that is secure and prosperous.