……as NIMASA restates commitment to sustainability.

The European Union E.U, through her Senior Coordinator for the Gulf of Guinea, Amb. Nicolas Martinez, has commended the Nigerian Government for providing leadership in the Gulf of Guinea in the war against criminality in the maritime sector which has yielded desired results. The commendation came at the end of a working visit to the Nigerian Maritime Administration and Safety Agency, NIMASA by the EU delegation which inspected assets under the Integrated National Security and Waterways Protection Infrastructure, otherwise known as the deep blue project.

Amb. Martinez noted that the EU remains a committed partner to the Gulf of Guinea region and would continue to provide extensive and targeted assistance to strengthen the critical features of the Yaoundé security architecture while cementing the long-standing relationship between ECOWAS member states, like Nigeria and the EU.

“We support Nigeria’s leadership in the regional quest to end piracy and other maritime crimes. You can count on the EU as we are fully supportive of the Yaounde Infrastructure. We urge Nigeria to share experience with other countries in the region. It is obvious from the results so far that Nigeria, providing leadership for other countries, is winning the war against piracy.” He said.

Speaking at the reception for the EU delegation, the Director General NIMASA, Dr Bashir Jamoh noted that the recent removal of Nigeria from the Piracy list by the International Maritime Bureau, IMB, was as a result of collective efforts of various stakeholders within and outside of the country.

“ It is not yet time to celebrate. Now the focus for us at NIMASA is sustainability. The improved intelligence gathering and sharing amongst all stakeholders played a major role in the results we are witnessing now. Our Deep Blue Project, the SPOMO Act enacted by the National Assembly, the Convictions of criminals under the SPOMO Act, the commitment of the Nigerian Navy and other military arms of the Nigerian Armed Forces,  not forgetting the support from the international community, all led to the reduction of piracy in the Gulf of Guinea”. He said

Speaking further, Dr Jamoh said NIMASA is already looking ahead in her quest to attain sustainability.” We are working on an International Maritime Sustainability Conference which we will be hosting in Abuja later this year; also a comprehensive National Maritime policy for Nigeria is in the pipeline. 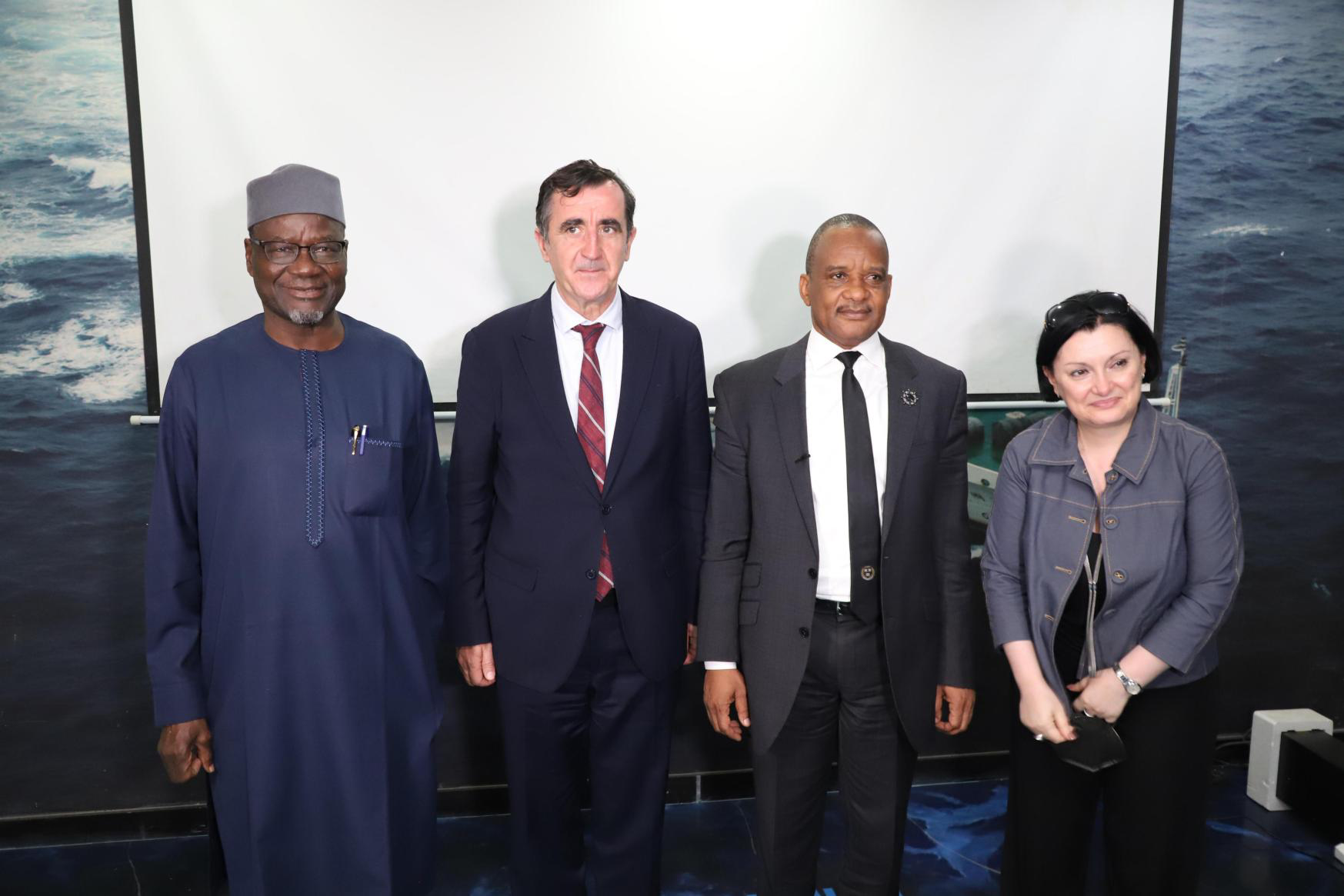 The delegation comprising Ambassador Martinez, and members of selected EU Member States, in the company of the NIMASA DG and senior management staff of the Agency, had conducted an inspection tour of Deep Blue Project assets at the Nigerian Navy Diving School. They also witnessed an organized drill put on by the Nigerian Navy showcasing some of the assets in action.

The Deep Blue Project, otherwise known as the Integrated National Security and Waterways Protection Infrastructure, was initiated by the Federal Ministry of Transportation and Ministry of Defence while being implemented by NIMASA. Its main objective is to secure Nigerian waters up to the Gulf of Guinea.