– Inducted as Fellow of Nigerian Institute of International Affairs. 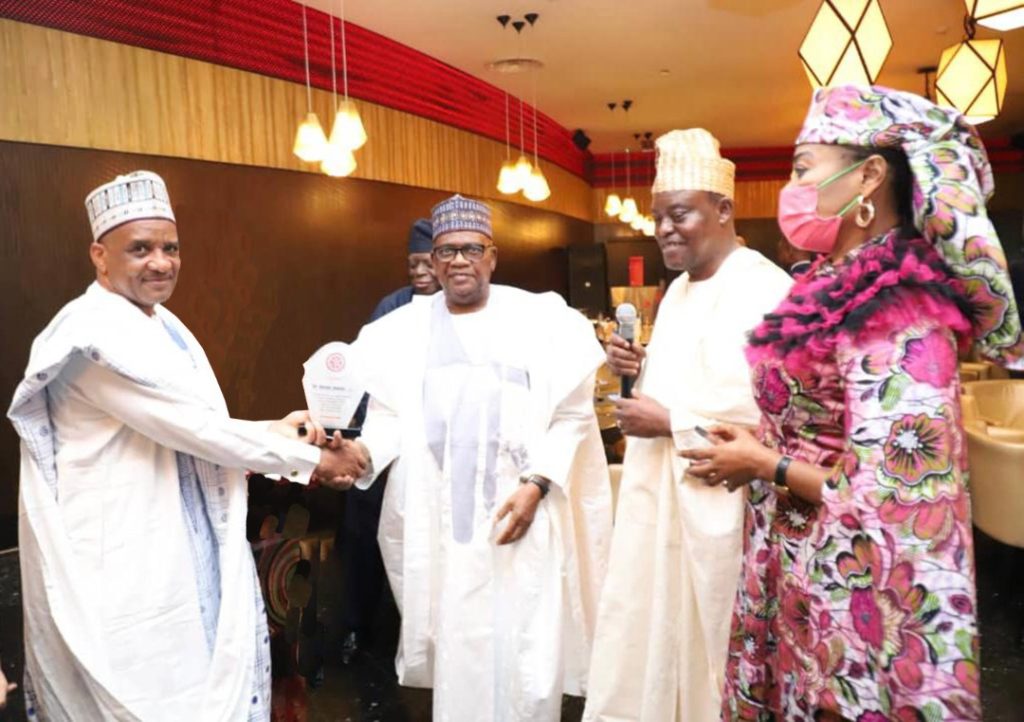 The Chairman Senate Committee on Marine Transport, Senator Danjuma Goje has commended Dr Bashir Jamoh, OFR, for his sterling performance as the Director General of the Nigerian Maritime Administration and Safety Agency, NIMASA.

Senator Goje who spoke as Chairman of Dr. Jamoh’s induction ceremony as a Fellow of the Nigerian Institute of International Affairs, NIIA, described the NIMASA DG as a patriotic Nigerian dedicated to the economic development of the Nation’s economy through the maritime sector. He specifically noted the role Jamoh is playing in leading the country’s push towards realizing the Blue Economy as well as the success of the Agency-driven Deep Blue Project in reducing maritime crimes in Nigerian waters.  He said that having worked closely with Jamoh as Chairman of the Senate Committee supervising NIMASA, he can attest to the strong work ethic of Jamoh and his dedication to serving the Nigerian maritime industry

In his own words, “I can confidently say that having amassed 32 years of service in the Nigerian maritime industry, Dr. Jamoh has proven himself to be a true Nigerian dedicated to the unity and economic growth of the nation. I know that he loves the maritime industry because at a stage when he could have pursued other endeavours, he chose to remain involved in the industry and I believe that the nation as a whole, has benefitted from that decision”.

The Director General of NIIA, Prof. Eghosa Osaghae said that the Governing Board of the Institute unanimously approved Jamoh’s Fellowship of NIIA based on his achievements as NIMASA Chief Executive Officer. “We have followed with keen interest his performance as CEO of NIMASA and we have noticed the gradual and steady acceptance of Nigerian maritime industry in the global community. International collaboration midwifed by NIMASA under his leadership has seen to the reduction of criminality in Nigerian waters and acknowledged globally. The recent visit of the IMO Secretary General to Nigeria is also a confirmation that Nigeria is on the right track. We hope that this Fellowship will encourage him to serve Nigeria more”. 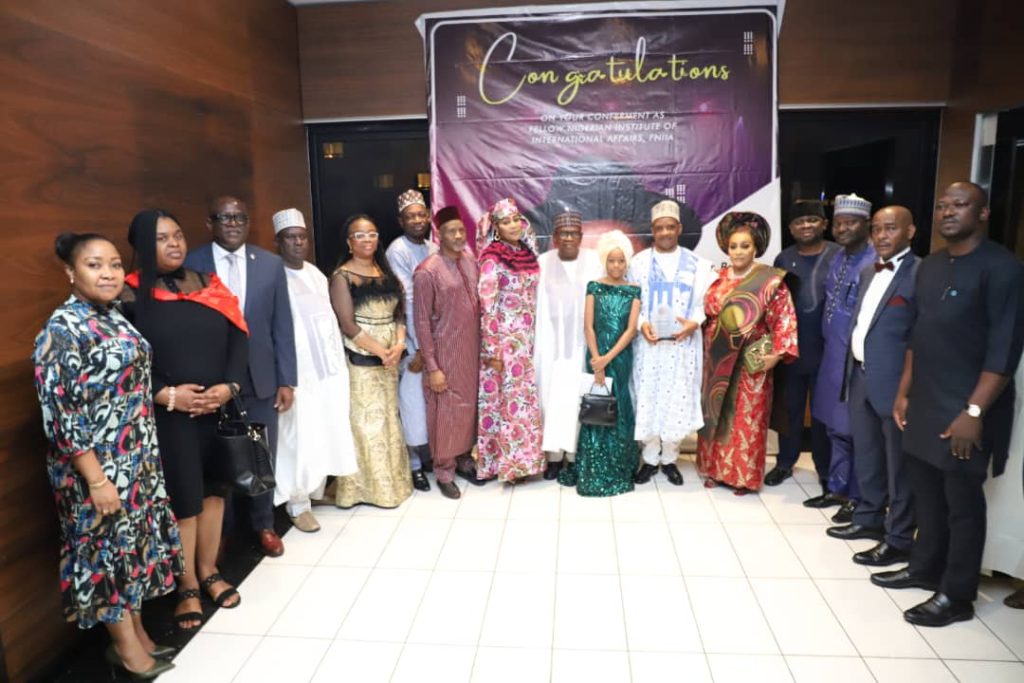 In his response, the NIMASA DG dedicated the Fellowship to every stakeholder in the industry for the enormous support he has received throughout his tenure without which he wouldn’t have been able to get much done while committing to continue giving his best towards developing the sector.

‘Let me take this opportunity to thank every stakeholder in the Nigerian maritime sector for the support and backing they have provided myself and the Agency without which we would not have been able to achieve much. Equally, let me assure the Institute that being inducted as a Fellow will spur me on to do more for the development and economic growth of the nation. In this way, I hope to also be a good ambassador of the Institute”. He said.

The Chairperson House Committee on Maritime Safety, Education and Administration, Honorable Lynda Ikpeazu, and Former Minister of Interior, Captain Emmanuel Iheanacho were amongst dignitaries present at the induction ceremony.