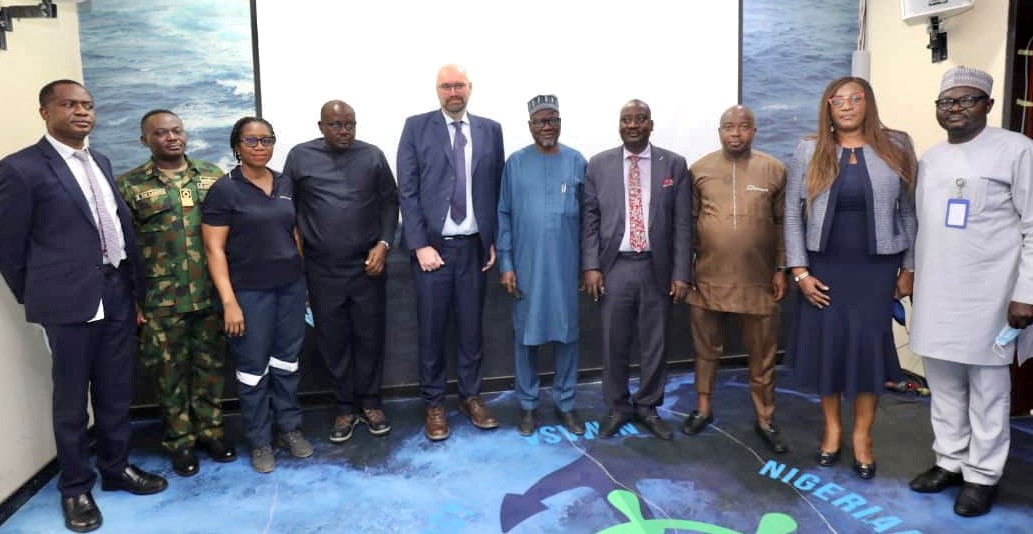 The Director General of the Nigerian Maritime Administration and Safety Agency (NIMASA) Dr. Bashir Jamoh says that the implementation of the International Ship and Port Facility Security Code, ISPS, is a major component of the security architecture NIMASA is implementing in the Nigerian maritime domain. Jamoh stated this while receiving in audience the Deputy Head of International Maritime Security Operations Team, IMSOT, Jim Hamilton who led a team on a working visit to assess the level of compliance of some Ports facilities in the country with the ISPS Code.

The DG who was represented by the Agency’s Executive Director, Operations, Mr.Shehu Ahmed noted that the importance of an effective implementation of the ISPS Code regime cannot be overemphasized. This, he said, necessitated the Nigerian government to domesticate the ISPS Code Implementation Regulations since 2014, bearing in mind that it is an integral aspect of the Safety of Life at Sea, SOLAS, Convention.  He also welcomed the peer review mechanism from IMSOT. 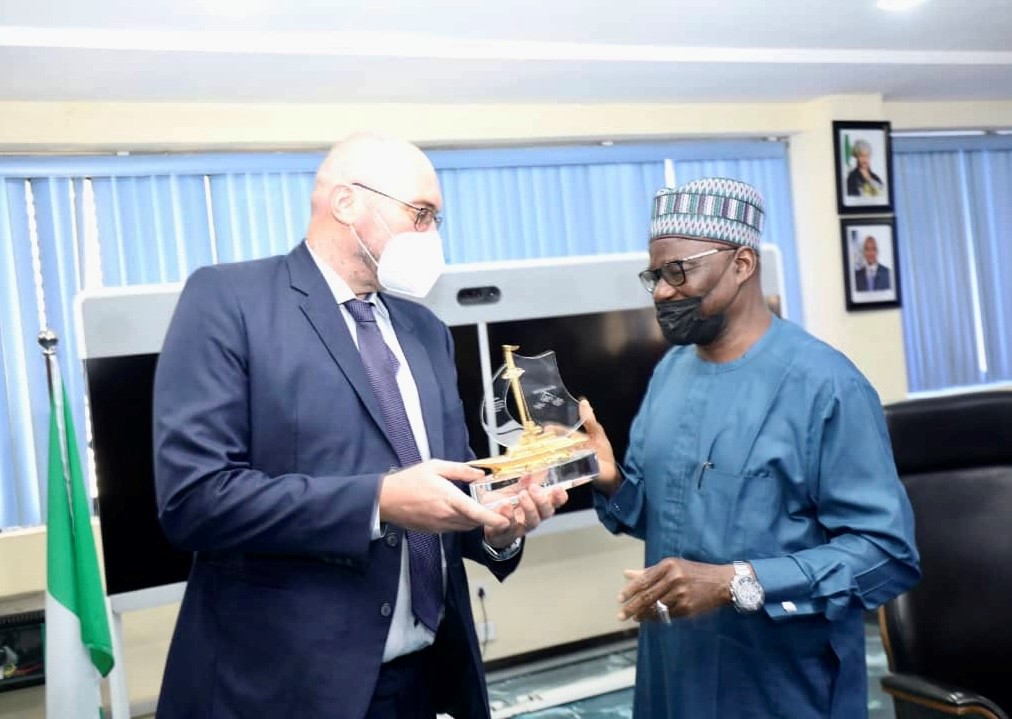 “We at NIMASA have such a peer review arrangement with the United States Coast Guard, which has been highly effective in developing capacity for ISPS Code implementation. We are working to extend the relationship to other countries. This we believe will ensure that our personnel possess the requisite skills and competencies to execute their responsibilities in line with the mandate of the ICIR 2014. The importance of the exposure of our personnel to the legal regimes and security operations of other contracting governments is not lost on us”. He said.

While assuring the team that, steps have been taken to address areas of concerns raised during their last visit in 2018, the NIMASA DG informed the IMSOT team that the Agency is also taking steps to tackle activities of pirates in the Gulf of Guinea through the Deep Blue Project initiative of the Federal Government, in addition to the Suppression of Piracy and other Maritime Offences (SPOMO) Act, which is gradually yielding results.

Speaking after a working visit to some Port Facilities in Lagos, the Deputy Head of International Maritime Security Operations Team, IMSOT, Jim Hamilton expressed satisfaction at the level of cooperation and synergy existing among Government Agencies in the Nigerian maritime industry adding that they will share knowledge with NIMASA to ensure optimum implementation of the ISPS Code in Nigeria.

Hamilton also expressed the readiness of IMSOT to share ideas on their operations in the United Kingdom (UK) and to train personnel of the Agency to foster better cooperation with Nigeria.

“The initiative will not only foster collaboration and cooperation through knowledge acquisition and sharing among member states, but also consolidate the gains in implementing maritime security as well as identify areas of improvement for both parties”. He said.