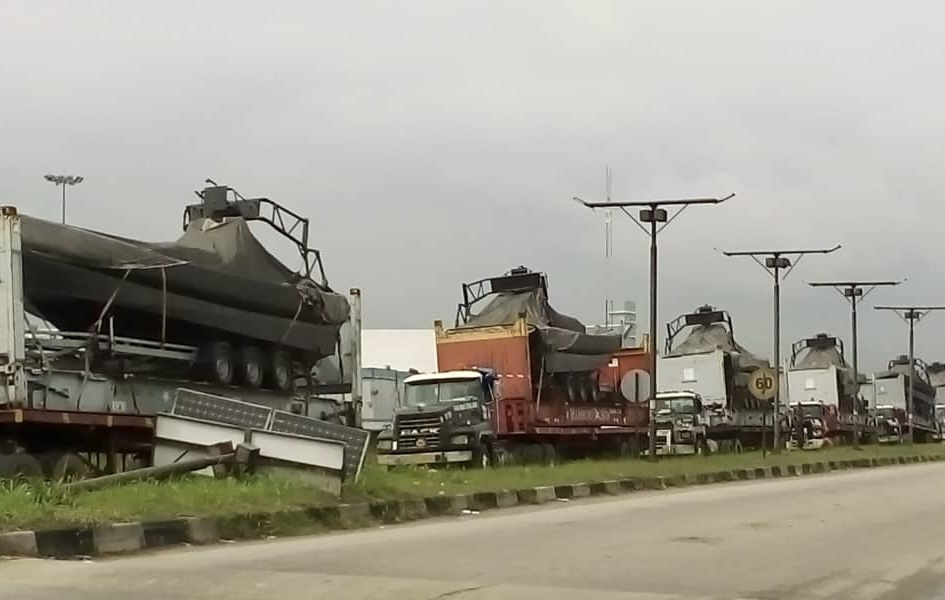 Arrival of the boats from the sea port.

Two unmanned aircraft system, 9 interceptor patrol boats and 10 armored vehicles have been added to the existing assets earlier procured by the Federal Government and commissioned by President Muhammadu Buhari .

Dr. Bashir Jamoh, Director General of NIMASA, while thanking President Buhari for his sustained support in the fight against sea piracy and other maritime crimes said the additional equipment will improve on the gains recorded in securing the Gulf of Guinea and Nigerian maritime domain.

Jamoh who described the recently held Gulf of Guinea Maritime Collaboration Forum (GOG-MCF/SHADE) in Abuja as a success in rallying international support in the suppression of maritime insecurity , added that Nigeria’s commitment in regional maritime security will always be sustained. 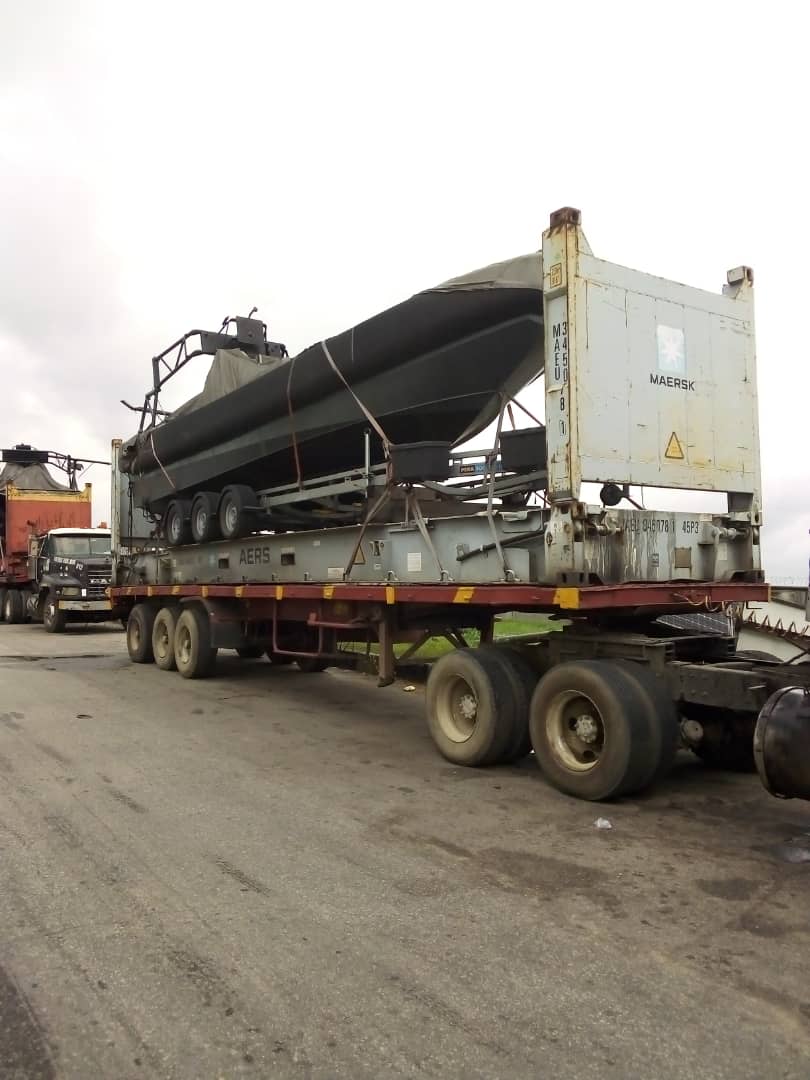 One of the Boats.

He recommended the Suppression of Piracy and other Maritime Offences (SPOMO) Act emplaced by Nigeria as a robust statute that supports maritime law enforcement which other countries are considering to replicate.

The DG said ” Nigeria is improving on her capacity to fight maritime crime by procuring state of the art technology, upgrading human capacity for effective service delivery and deployment of the assets for round the clock patrol, interdiction and reconnaissance with the support of Nigerian Navy and other security agencies we signed MoU.

” Indeed we are further encouraged by President Muhammadu Buhari’s support all the time to ensure adequate security of crew members, vessels and cargoes within and around our waters

” These newly procured assets would assist us in building on the gains already recorded in the fight against piracy, sea robbery, oil theft, kidnapping, illegal fishing activities and others” Dr Jamoh said.

The main objective of the Deep Blue Project is to secure Nigerian waters up to the Gulf of Guinea. The Project has three categories of platforms to tackle maritime security on land, sea, and air. 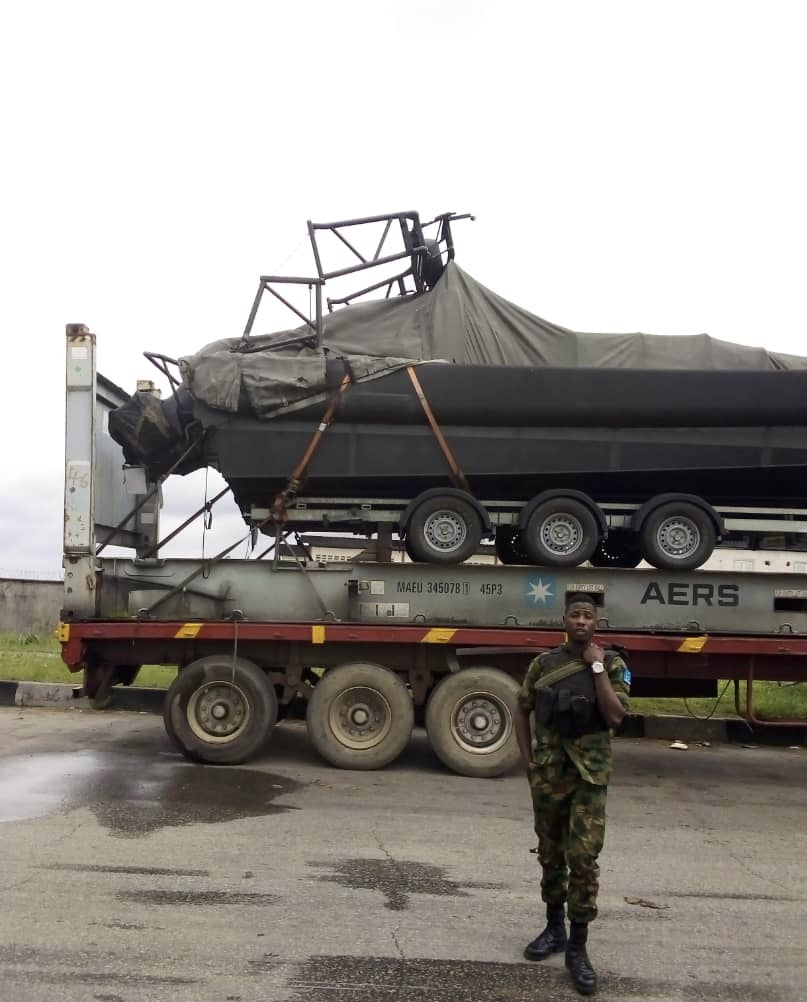 One of the Boats alongside a Nigerian Naval Personnel